RapidStartCRM includes several User Roles that a “RapidStart Power User” can assign to users from within the RapidStart Settings app including:

This role is for basic users who you do not want to see certain records of other users. This user can only see their own records; either records they created, or records that were assigned to them by others. In addition, this user cannot delete, export, assign or print any records, including their own. This role is quite restrictive, and it is more common to give basic users the RapidStart Basic User Role below.

While still limited in scope, this role is for an open organization, where all users can see all records. However, this user cannot delete, export, assign or print any records, nor can they assign records to others.

The same limitations as Basic User, however, this user can only access the RapidStartCRM Sales Only app, which excludes Cases.

The same limitations as Basic User, however, this user can only access the RapidStartCRM Service Only app, which excludes Opportunities.

This user can see all records and can also delete, export, assign or print records.

This is the highest level RapidStart role, the only role with more privileges is the Environment System Administrator role. In addition to everything a Manager can do this role adds things like access to the RapidStart Settings area, etc.

If you opt to create your own training using the How2 Solution, you must assign this role to any users you want to be able to consume the How2 assets.

This role is for users who are creating the How2 training assets and allows the user to assign video libraries to apps for How2 user consumption.

This role gives a user access to the Hashtags Administration Dashboard and the ability to delete and merge hashtags.

This role adds Word and Reporting buttons to the ribbon. It should be added as an “additional” role for users who require these functions.

To assign roles to users, first open the RapidStart Settings App. This app is only visible to RapidStart Power Users and System Administrators.

To get to the RapidStart Settings App, from whatever app you are in, click the app name in the header to open the app selector. 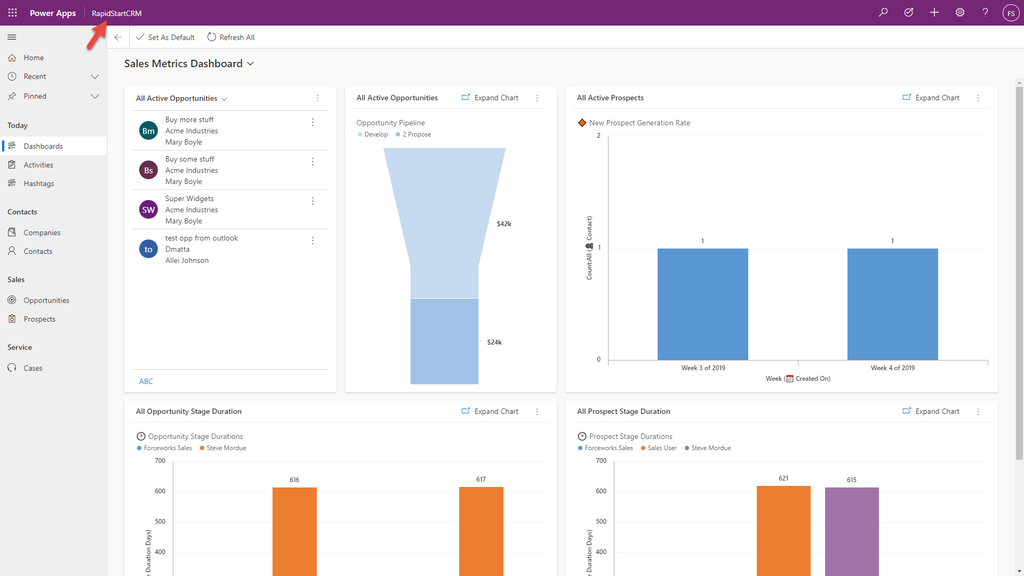 The App Selector shows all apps you have access to. Open the RapidStart Settings app by clicking on it. 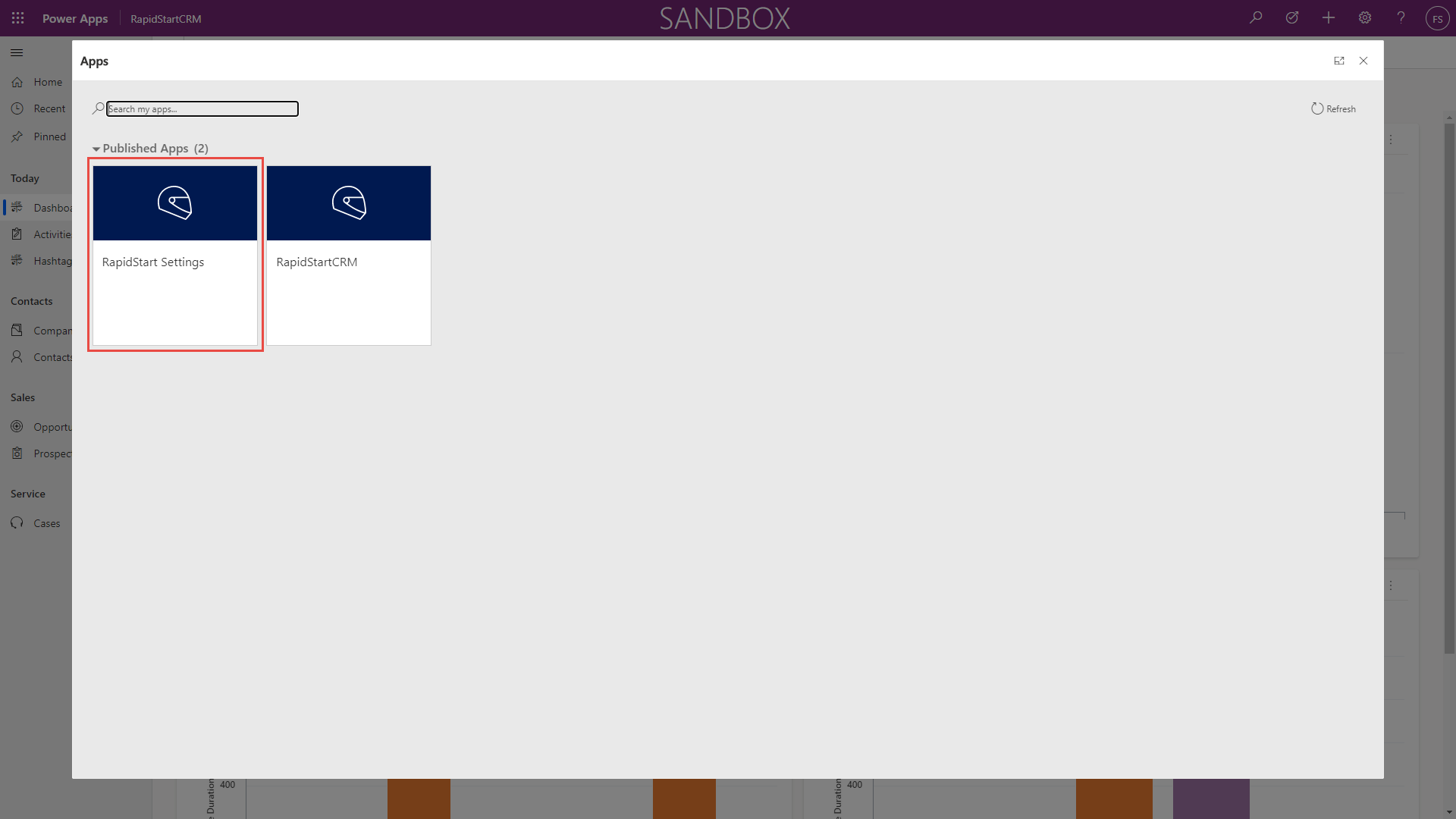 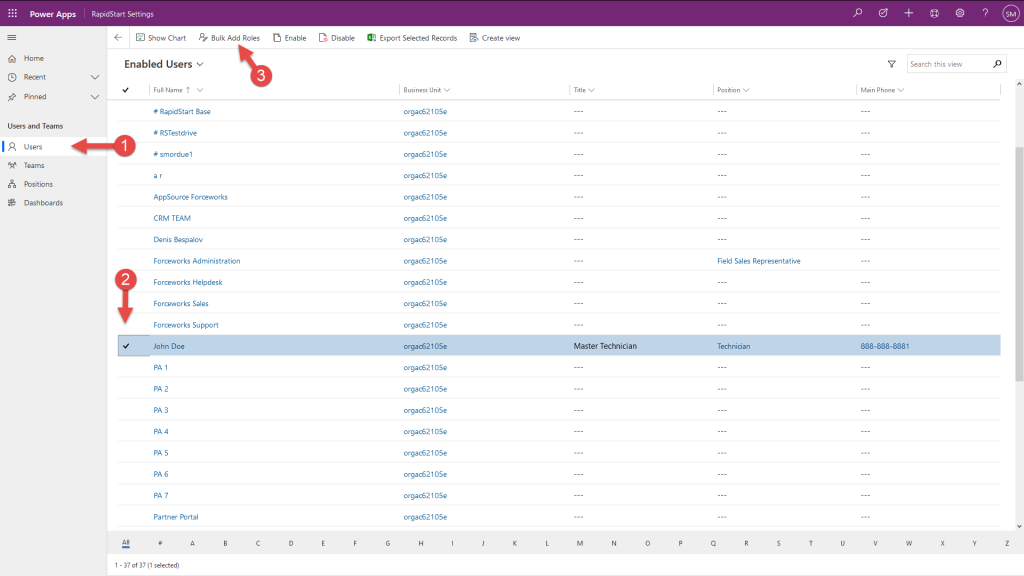 (1) If you don’t land on the user list when the RapidStart Settings app opens, select it from the sidebar.
(2) Select a user or users.
(3) Click “Bulk Add Roles”.

This dialog will open.

To add roles to individual users, or to remove roles from a user, open a user record by clicking on the User’s Name, then check, or uncheck the roles 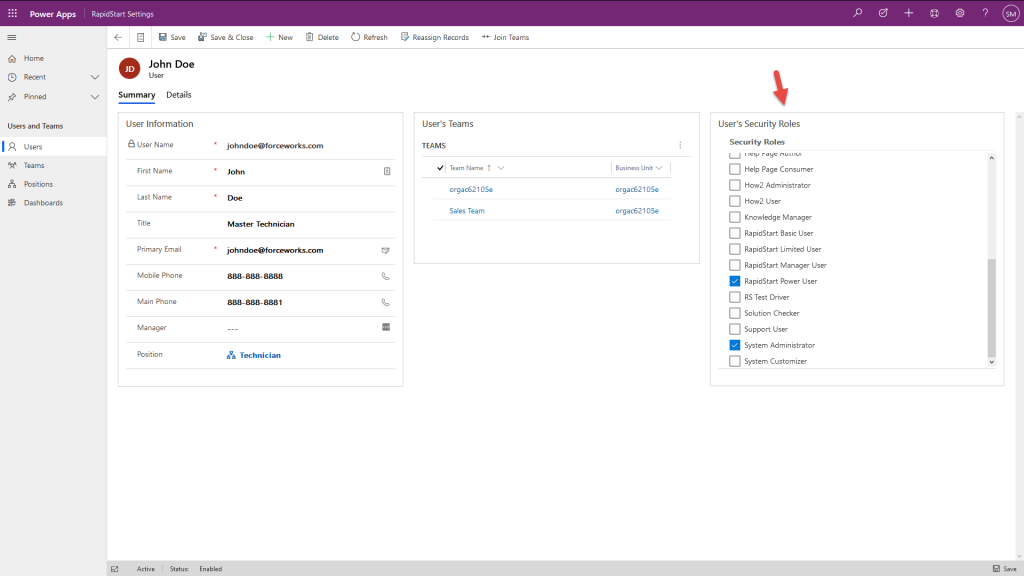 THIS IS A CALL TO ACTION AREA

This is just an example shown for the theme preview. You can add text widgets here to put whatever you'd like.